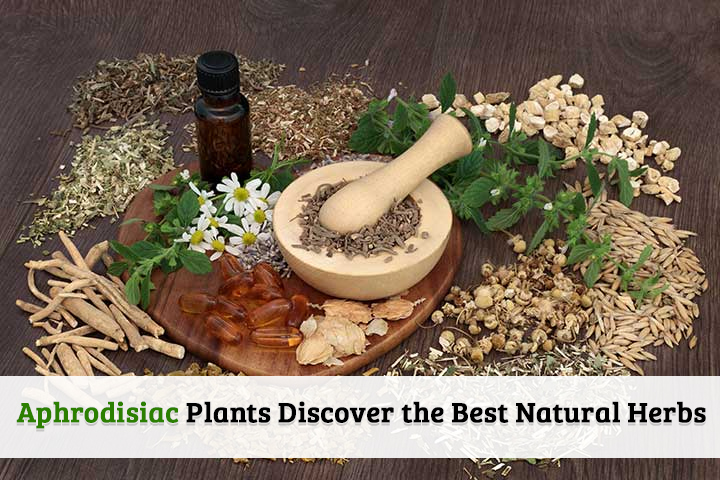 Our culture, concern, and care for Physical are very generous, and new products are being announced that promise miraculous effects. However, what many people do not know is the actual effect of aphrodisiac plants.

The result is that they buy these products without knowing it and end up taking a pig in a poke, throwing the money away.

Undoubtedly, the world has a wide variety of plants that can be used to stimulate desire and sexuality.

However, it is more than fundamental to know what they are, how they act, how they complement each other, and their effects so that it is possible to get the best out of each one.

More than that, many supplements sold out there are made with natural herbs, but is the plant chosen for the supplement you intend to buy the most efficient?

The fact is that, currently, knowledge is power, and nothing better than mastering a subject to avoid falling into trouble.

Only in the Brazilian territory, we have a wide variety of herbs with aphrodisiac power, some of which already have scientific proof regarding their effects.

It turns out that the lack of sexual desire must be fought; after all, sex is essential for life and well-being, being a vital source of pleasure.

We will show you here the best aphrodisiac plants that help increase male and female sexual desire.

The Peruvian Maca is one of the aphrodisiac plants on this list, and it has been gaining a lot of visibility in recent years.

For those unfamiliar, Maca Peruana is an herbal medicine that originates in the Andes region, which is in Peru.

It is commonly grown in regions of the altitude above 4 thousand meters, being used by native peoples for over 2 thousand years.

All because it can offer a wide variety of benefits for those who use it, especially concerning sexuality.

This is because this is one of the aphrodisiac plants that acts by increasing vitality, being a powerful energy source, which helps to combat tiredness and stress.

More than that, it also acts directly to improve libido and increase fertility, improving overall sexual performance. It is not for nothing that this plant has gained so much prominence in recent times, being the main ingredient of various sexually stimulating supplements.

This shows that the benefits go beyond the sexual, contributing to health as a whole.

Tribulus Terrestris is an aphrodisiac plant native to warm regions that are widely used as a sexual stimulant. However, it is also believed to offer other health benefits, such as blood pressure control, lower triglyceride levels, and mass muscle gain.

Studies have already shown that Tribulus Terrestris is one of the aphrodisiac plants that can help provide a much longer-lasting erection.

The set of these benefits results in longer-lasting erections and greater sexual desire, which is essential for better performance.

It also improves fertility, contributing to the creation of sperm in men, being a great ally in this regard.

As if that weren’t enough, Tribulus Terrestris still provides some other health benefits as a whole, such as lowering blood pressure and controlling triglycerides.

The first is because protodioscin acts by stimulating the production of a substance called nitric oxide, which is a potent vasodilator.

It also acts against the angiotensin-converting enzyme, leading to increased blood pressure when produced in large quantities.

Thus, in addition to benefiting sexual function, it also contributes to health.

Catuaba is one of the best-known aphrodisiac plants today. It comes from a tiny tree, with yellow flowers and yellow fruits, but they are not edible.

It offers two types of effects that are related to male sexuality. One is that Catuaba contributes to the vasodilation of the corpora cavernosa of the penis.

This form of action is very similar to the functioning of Sildenafil, which is also well known as Viagra.

More than that, there is a substance in this plant that leads to a decrease in platelet adhesion, which contributes to the vasodilation of the penis’s artery.

With this, there is greater blood flow in the penis region, and the desire also increases.

Another critical effect of Catuaba is that it can act on neurons, reducing neurotransmitters’ reuptake, especially dopamine and serotonin.

Thus, we can say that it also acts as a natural physical stimulant and antidepressant.

When combined, these effects are very beneficial for those experiencing erection difficulties due to vascular problems or mild depressive states.